I started playing with the Slambovians in 2019. I have not looked back since. Amazing Songwriting. Enjoy.

This award-winning Music Video was produced by me while we were in Covid Isolation (mid 2020). We have never once played this song together. We recorded our audio in our own homes, then we put the song together in Logic Pro. Then over a two-month period, each band member came to my house and we shot in the living room. So even though the video sometimes makes you think we are playing together, we were never playing in the same place… This is a complete edit of individual performances… and I think it is amazing that we have never once played this song as a band.

2019 UK tour compilation of the Song "Sterp Outta Time". Since I was playing drums and acting as video producer, I set my camera up in five different shows in five different cities… captured all I could, then put this video together. It is kind of fun to see the outfits and hair styles change even though the performance looks like a single take of the song. Enjoy… 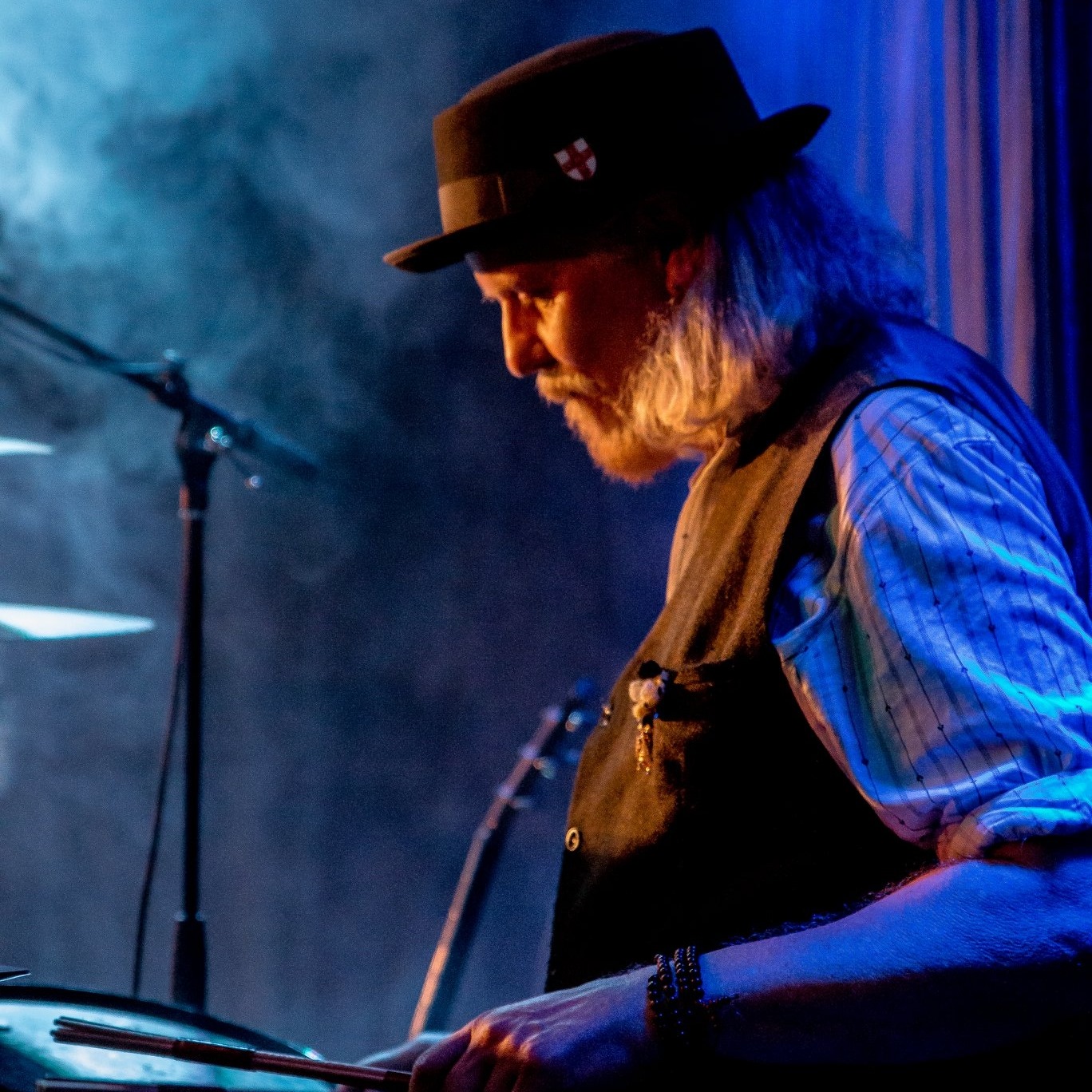 Click to see Matts Scrapbook Photo Album with the Slambovians

How I came to be a Slambovian

About 12 years ago, I was hired to videotape and create a sizzle reel for the Norwalk CT Oyster Festival. One of the things on my checklist was to get a shot of a band playing. So I went into the stage area to video the band that was currently on stage; The Slambovian Circus of Dreams. I had never heard of them before… but after a minute of one song, I was totally hooked on them. I bought all their albums right then and there and never looked back. They have been my favorite band for more than 12 years now. I'm not a "superfan" kind of guy, so over the years I only saw them play a small handful of times, usually when they were playing close to my home.

On October 16th, 2016, my friend Annie (who also became a fan) dragged me to Pennsylvania to see the Slambovians play at a Steampunk festival. After the show, as we were walking back to our car, I saw two of the members (Joziah and Sharkey) standing outside, so I went over to say hi to them and show some appreciation. We talked for several minutes, took a few selfies, and said goodbye. It was a hoot to meet my musical heroes.

On April 19th, 2019, I received a call from Joziah (Lead singer/songwriter). He told me that they were going to do a two-week tour of the UK and needed a drummer to step in for their regular drummer (the Amazing Felipe Torres) and asked if I would be interested in auditioning.

Keeping in mind that I had not played drums much in the past 28 years and I didn't even own a real drum set anymore, my knee-jerk reaction was that I couldn't do it, but Annie persisted that I give it a try. So I committed to auditioning and practiced 4 to 8 hours a day for the next two weeks.

In the audition, I was definitely not at my best, with most of 28 years of dust still weighing me down, but the Slambovians could see (through the out-of-practice rough edges) that I would be a good fit. So I learned 28 songs in the following month to prepare for the UK tour… it was an INCREDIBLE experience to play that tour with the Slambovians and I continue to fill in for Felipe whenever he has schedule conflicts. I've played a total of 16 shows with them to date, and am having a later-in-life surprise blast being back on stage. Let alone being on stage with such incredible musicians, people, and music. What a joy to be a Slambovian.

Here is the selfie that changed my life... Sharkey on the left, Joziah on the right. 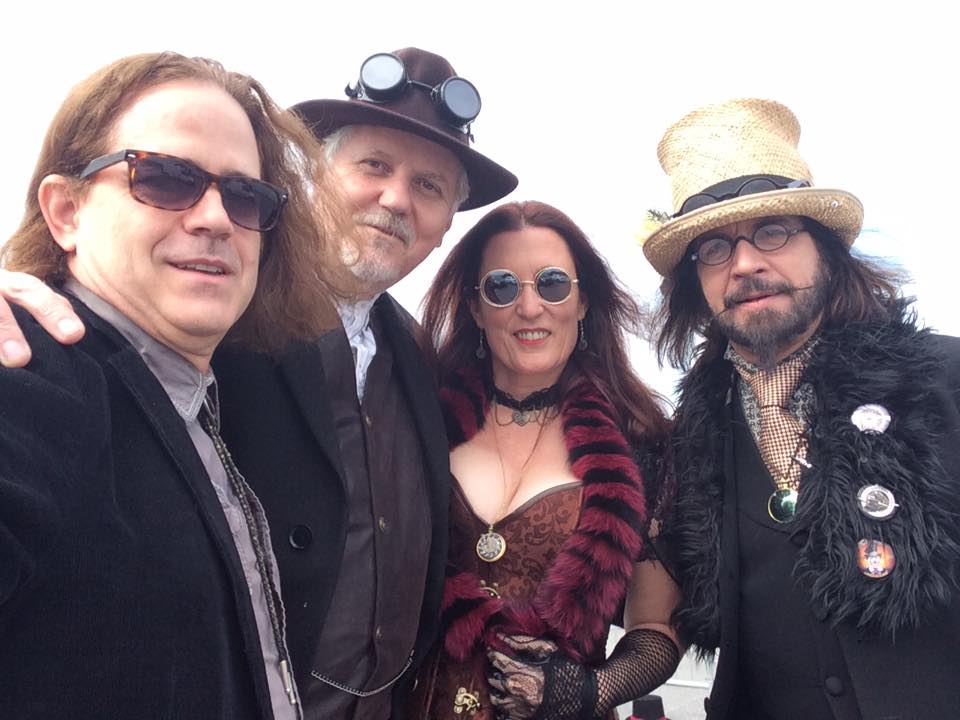 Together since the late 90’s, The Slambovian Circus of Dreams began in Sleepy Hollow, New York as an art school project. Known for their electrifying live performances the band has toured nationally and abroad, playing a moody but upbeat alt-roots rock with an extensive instrumental arsenal (accordion, cello, mandolin, theremin). Pioneers of the Americana genre, the band’s music is equal parts Washington Irving and Woodstock, tapping a broad palette of styles ranging from dusty Americana ballads to huge Pink Floydesque cinematic anthems. “The entire root system of Rock Family Trees is embedded in Longo’s voice.”- The Big Issue, Scotland, U.K. The Slambovian Circus of Dreams have been called “the hillbilly Pink Floyd,” which is an apt description, particularly if you throw in elements of Incredible String Band, Neil Young, The Band, Dylan, Bowie and Syd Barrett.